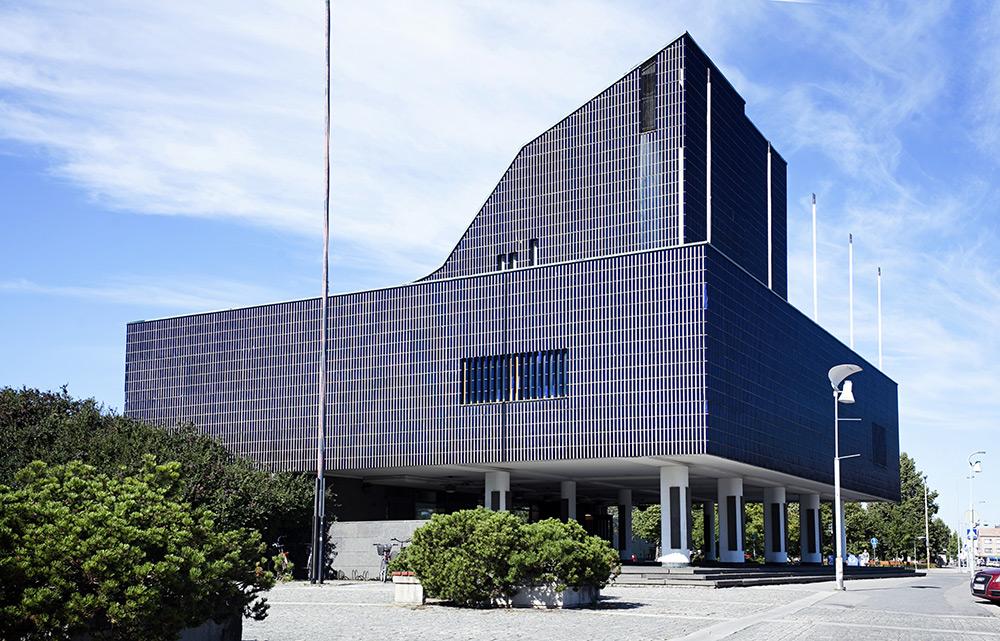 The dark blue ceramic tiles on the City Hall’s facade glimmer and change their appearance in different light conditions. ”The facade must be that of the Seinäjoki City Hall and of nowhere else”,  Aalto wrote in his reasoning for the material choice. In the tall, tower-like assembly hall of the city council, the councillors’ seats are placed radially across the room. The same layout is repeated in the building’s facade. The west wing of the City Hall was originally created as a living space and converted into office space in the 1970s and 80s.

• Aalto’s office did not do well in the first design contest for a town hall in 1958. In the second round of competition. Aalto won overwhelmingly. The City Hall was completed in 1962, two years after Seinäjoki received city rights.

• The most recognisable feature of the City Hall is the material of its façade. The dark blue ceramic rod tiles contrast with the church and the other buildings on the square.

• The most important place in City Hall is the tower-like city council assembly hall. Due to its good acoustics, music performances are also held there.