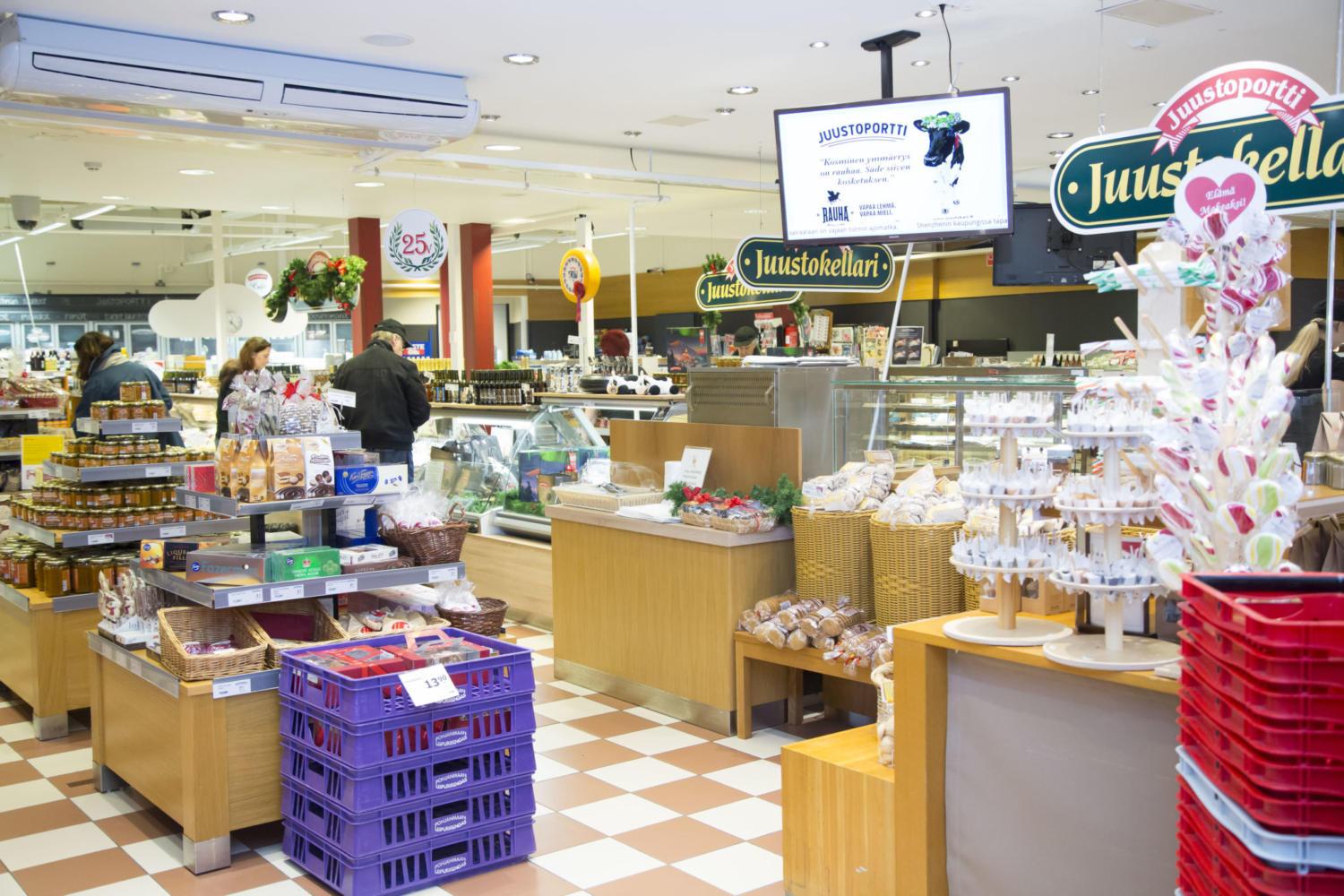 In the village of Pentinmäki in Jalasjärvi, Kurikka, is the nationally known Juustoportti.

Isabella the cow greets visitors at the door. Travellers can enjoy delicacies both from the well-stocked lunch counter and the à la carte menu. You can taste Juustoportti’s new products and classics from the wide selection at the Juustokellari shop. In addition to Juustoportti products, the shop also carries the most important everyday items and speciality products from small domestic producers.

Juustoportti is a family-owned business over 50 years old. Juustoportti’s history begins with the black Friesian heifer Isabella. This cow was the first of its bred in Southern Ostrobothnia. She was acquired for the Keski-Kasari farm in Jalasjärvi in 1965. The quantities of milk produced by Isabella were significantly more than what the farmers were used to previously. The quality of the milk was also more suitable for making cheese. Isabella’s story has stayed alive as part of Juustoportti’s history – that’s how it all began.

In 50 years, Juustoportti has grown from a small dairy farm cheese cellar to a company employing over 200 people. In addition to its dairy and cheese business, Juustoportti has café-restaurants in Jalasjärvi, Mäntsälä and Kärsämäki, as well as the food product company Kasvis Galleria in Kuopio.

The trip from Seinäjoki to Juustoportti is about 45 km, and you can get there in your own car.

2. Ähtäri Zoo – Home of the Pandas

3. PowerPark adventure centre – Huvivaltio, the most fun place in Finland