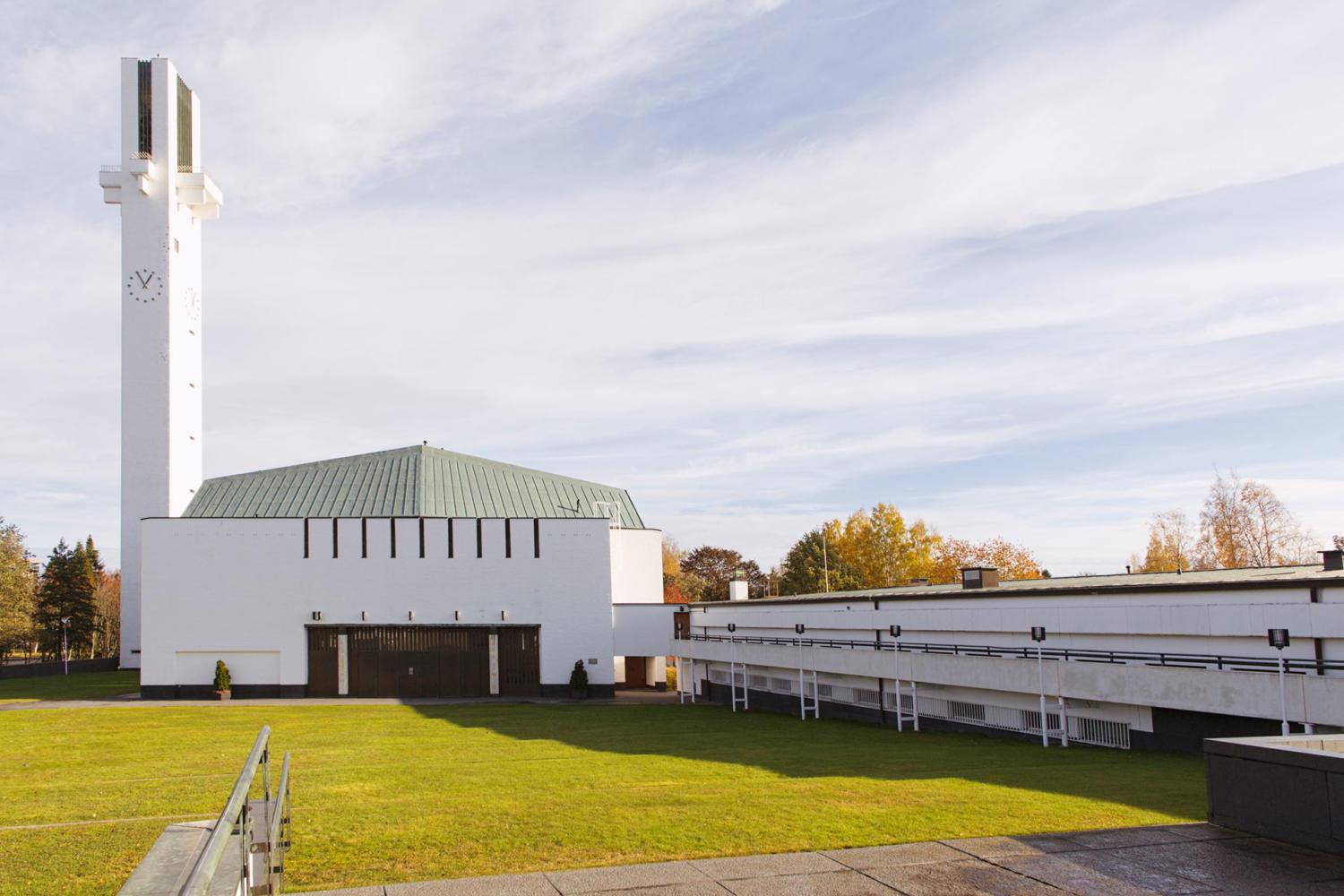 Come along to the 8-day tour of the best-known Finnish architects through Finland surveying the works of Alvar Aalto and Eliel Saarinen! You can also combine some other aspects of design and architecture as well as UNESCO’s world heritage sites in the programme!

Arrival in Helsinki by plane. Accommodation in Hotel Helka which has a relaxed atmosphere and stylish interior with carefully chosen Finnish design classics by Alvar Aalto and Artek.

Day 2: The best of Alvar Aalto and Eliel Saarinen in Helsinki

Dinner in the Savoy Restaurant. The interior and the furnishing of the restaurant were designed by Alvar and Aino Aalto.

After breakfast, transfer to Lahti. Accommodation in Sokos Hotel Lahden Seurahuone. Independent lunch. Afternoon: Explore the designs of Alvar Aalto and Eliel Saarinen in Lahti with a guide! During this guided walking tour, you will admire the work of Alvar Aalto and Eliel Saarinen. The tour starts from the Church of the Cross (Ristinkirkko) designed by Alvar Aalto and completed in 1978. From the church the tour continues to the Lahti City Hall designed by Eliel Saarinen (please note: short indoor tour is possible only during working hours). The Lahti City Hall was completed in 1912 and represents the art nouveau style.

After breakfast, optional wooden architecture tour in the harbour area of Lahti. The wood architecture park has been constructed in the vicinity of the Sibelius Hall in Lahti and it consists of buildings and structures designed by the winners of the international Spirit of Nature Wood Architecture Award. The tour also includes a short tour at the Sibelius Concert Hall, coffee at the wooden Piano Pavilion restaurant and a visit at the Pro Puu “Pro Wood” Gallery, which promotes the collaboration of wood professionals. The premises include a gallery, shop, office and design facilities as well as an independently operating wood workshop.

Later on, drive along Finland’s most scenic route to Jyväskylä and on the way to Jyväskylä, visits at the Muurame Church designed by Aalto in 1929 and Aalto’s summer house, the Muuratsalo Experimental House. Also, before continuing to Jyväskylä, you will see Säynätsalo Town Hall designed by Aalto in 1952.
Accommodation in Hotel Yöpuu, right in the middle of everything, but one of a kind. Each room is entirely unique and different, and the independently owned hotel will serve you personally.

Day 5: See the best works of architect Alvar Aalto in Jyväskylä and surroundings

Alvar Aalto lived and studied in Jyväskylä, and in total, there are nearly 30 buildings designed by Alvar Aalto in the Jyväskylä region – ranging from his earliest work to designs made during his final stages. The guided tour includes both private properties and public buildings such as: Casa Laurén 1925-28, Jyväskylä administrative and cultural centre 1964-1982, Defence Corps building 1926-1929, Nikolainkulma (Alvar Aalto’s first office), Workers’ Club 1924-1925, renovated Nuora House 1923-1924, Viitatorni apartment house 1957-1962, Aira apartment house 1924-1926, Jyväskylä University Campus 1951-1971 and Villa Karpio 1923. The tour ends with a visit at the Alvar Aalto Museum.

After breakfast, drive to Seinäjoki. On the way, visit at the UNESCO-listed wooden church by Leppänen in Petäjävesi. Accommodation in privately owned Hotel Alma. Special “Aalto Menu” dinner is served later on at Manor House of Uppala.

Day 7: The Aalto Centre in Seinäjoki and Aalto´s buildings in Alajärvi: from the first to last creations.

Please note: Town Hall and government office building are under renovation until the end of 2018.

Breakfast and drive to Helsinki. Optional visit at the childhood home of Jean Sibelius in Hämeenlinna.

Single supplement: 450 € per person / 7 nights
Guided wooden architecture tour in Lahti
visit at the birthplace of Jean Sibelius in Hämeenlinna
visit at the World Heritage Site Verla Groundwood and Board Mill
lunches and dinners for all days
Example price 1440 € per person

Guided Walking Tour of the Aalto Centre in Seinäjoki

The gems of Aalto’s architecture