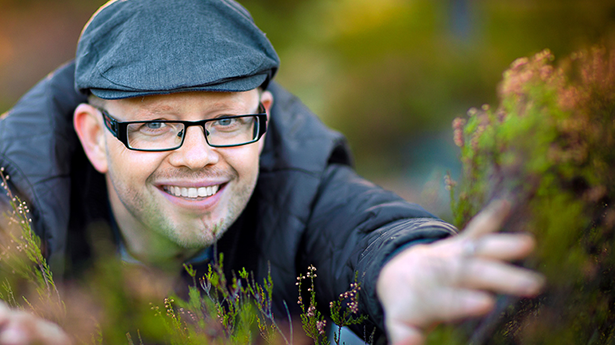 For a town with a population of 61,000 people, Seinäjoki hosts a lot of parties. I’ve always marvelled at how the town closes streets for several days, to erect the main stage at Tangomarkkinat, only to do exactly the same thing a few weeks later for Vauhtiajot. This is a great time of year to be in the centre of Seinäjoki, especially when the weather is good, as even people not attending the main event flock to the town centre to soak up the atmosphere, or to join one of the side events. But what can you expect from the main festivals?

http://www.provinssi.fi/home
Formerly ProvinssiRock, but a new name has also seen more eclectic selection of artists at Provinsi in recent years. This is my favourite of Seinäjoki’s festivals where I have attended some of my favourite ever performances. The stages are situated around Törnävänsaari (Törnävä Island), 3 km from the town centre, with the waters of Seinäjoki river flowing past, creating the island and a lovely location for three days of rock, pop and dance music.

There are, however, always quieter corners of the Provinssi site to divert you from the music, whether it’s good food at the Juurella tent (real fine-dining among the standard festival catering) or award-winning Napue Gin from the Kyrö Distillery bar. One of my favourite memories is finding a small disco, spinning alternative classics, in the corner of a quiet area and dancing under the trees with friends. An unexpected treat!

Provinssi was known as ‘ihmisten juhlat’ the People’s Festival, and locals really make the most of this event on their doorstep with many attending every year regardless of the line-up, just to meet friends old and new, some that have travelled back home to Seinäjoki especially for Provinssi.

http://www.tangomarkkinat.fi/
This is the first of the town centre festivals every summer and it’s a sight to behold. Several road are closed for a week or more and the newly pedestrianised areas are filled with stages and tents; often tents with stages inside. Then, the down is besieged with camper vans. Seinäjoen Tangomarkkinat takes place in peak summer holiday season, so many of those attending simply drive their holiday home as close to the festival site as they can. The central park area soon fills-up and you find vans parked anywhere there is a grass verge beside the road.

Finnish Tango is somewhat different to the traditional Argentinian music. It is more a combination of waltz and schlager music, and the Tangomarkkinat also hosts the finals of a singing competition to find this year’s Tango King & Tango Queen. The competition is televised with the winners the giving several performances throughout the festival weekend. One year, I took my parents, who like to dance when they’ve had a drink, and they were blown away to find themselves surrounded by thousands of like-minded people, dancing under the white nights of Finnish summer.

http://www.vauhtiajot.fi/
The Speed Racing festival is newer than the previous two, but has become a notable feature of Seinäjoki’s summer season. Not content with only closing down streets in the town centre, Vauhtiajot also takes over one of the industrial areas on the edge of town. It brings together two days of street racing with three nights of music. It is an event aimed more at Finns than international visitors, all the bands are domestic stars, but if you are in town in early-August it’s well worth checking out both the racing and the music.

In recent years, a few newcomers have joined the Seinäjoki festival scene and aimed at a younger audience, Solar Sound and Seinäjoki HipHop, but as I’m much too old, I haven’t experienced either of these. There is also the nearby Ilmajoki Music Festival perfectly situated on the bank of Kyrönjoki river, a must-do for fans of Classical and Opera music

As you can tell, Provinssi is now MY festival. I love wandering around the site from stage to stage (or bar to bar) just waiting to bump into someone else I know. I will be there again this year, so if you see me be sure to say hi and tell me you read this post.