Players to Watch at the UEFA Under-19 Championship Finland 2018 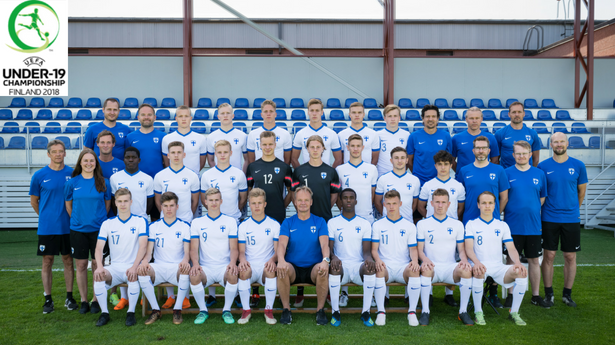 In my accompanying blog post European U19s Championship in Seinäjoki & Vaasa I give an introduction to the newest festival in Seinäjoki’s calendar, a festival of football. For this article, I enlisted the help of two fellow bloggers; Rich Nelson from Escape to Suomi and Mark Hayton from FC Suomi, who are co-hosts of the Finnish Football Show. Here they share their knowledge about the Nuoret Huuhkajat (Young Eagle Owls) and some of the young international players, that could be expected to feature in Seinäjoki and Vaasa this summer. Escape to Suomi https://www.facebook.com/EscapeToSuomi/ FC Suomi http://www.fcsuomi.com/

As has been discussed regularly on the Finnish Football Show, many young Finnish players move overseas at an early age. Being out-of-sight of the Veikkausliiga has not stopped Mark & Rich, who have each selected three young Finns to look out for in 2018.

Timo Stavitski is forward who moved for a transfer fee of 500,000€ to French Ligue 1 side, Caen, who then gave him the number 7 shirt and a place in the first team squad. He rewarded this by scoring two goals in eight games. Played well for RoPS Rovaniemi in the Veikkausliiga, expect to see him use his pace down the wing and cross the ball to create chances for his team mates. 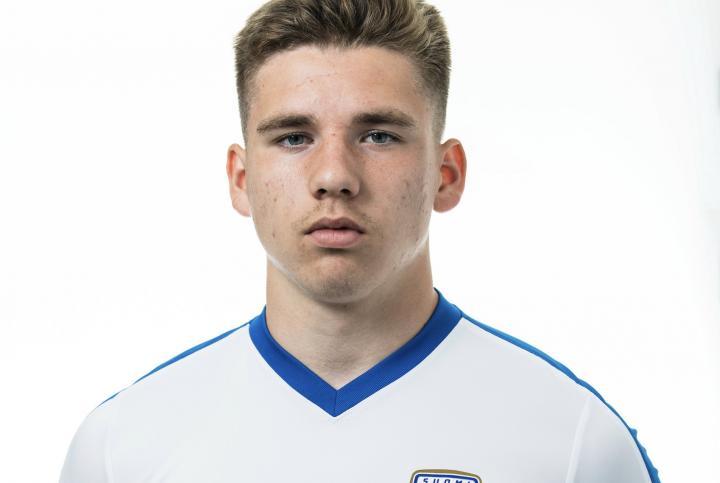 Saku Ylätupa, played a few cup games for HJK Helsinki and also played for RoPS in the Veikkausliiga before securing a move to Ajax Amsterdam’s youth academy. He is another wide forward player, he has plenty of tricks, runs at players with the ball and can pick out his team mates with clever passes.

Serge Atakayi will be making a homecoming to Pohjanmaa, having played in the Veikkausliiga and Ykkönen with FF Jaro (Pietarsaari). He became the youngest goalscorer in Veikkausliiga history by scoring against HIFK in May 2015, aged 16 years and 107 days. He moved to Glasgow Rangers youth team in 2016, but has yet to make any appearances, so this is the ideal opportunity to see his close ball control, good technique and pace in action. 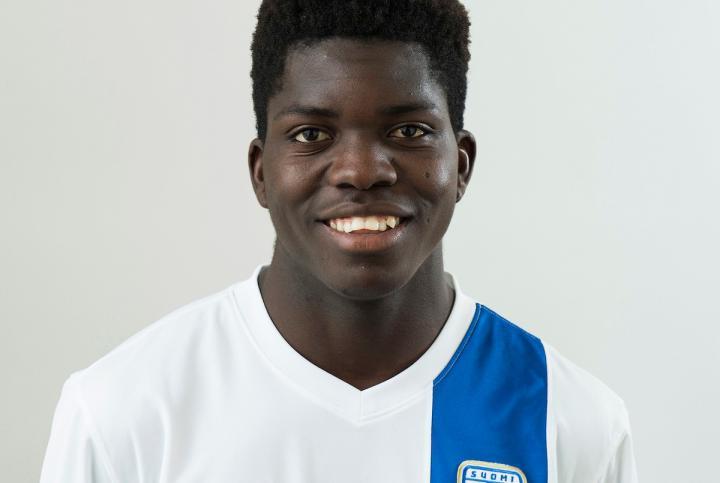 Miika Töyräs made his Veikkausliiga debut in goal for KuPS in April 2018, and went on to play seven games, impressing many with confident performances. He only started his first U19 game this year but is hoping to be first choice at the tournament.

Abukar Mohamed. After an impressive 2016 in the second division (Ykkönen) with TPS Turku, he signed for Italian giants Lazio. He made such a good first impression, he was regularly in the Serie A match day squad. His 2017/18 was interrupted by a serious knee injury, but the powerful midfielder is fit agan and ready to demonstrate his surging forward runs from deep positions. Likes to shoot from outside the box, and has already been nicknamed the Finnish Paul Pogba. 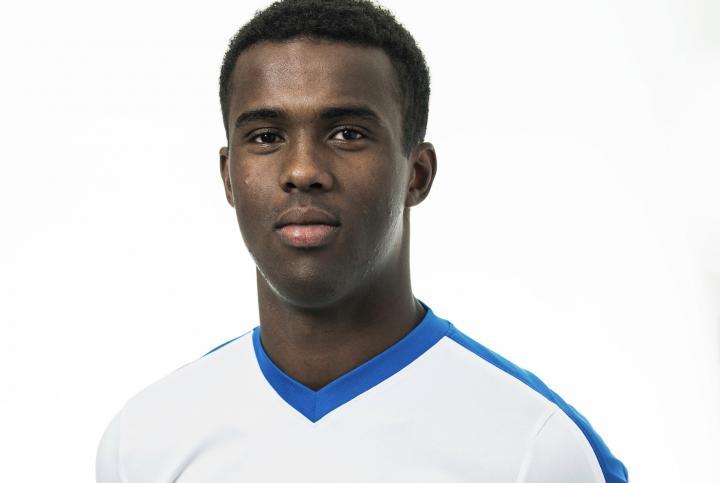 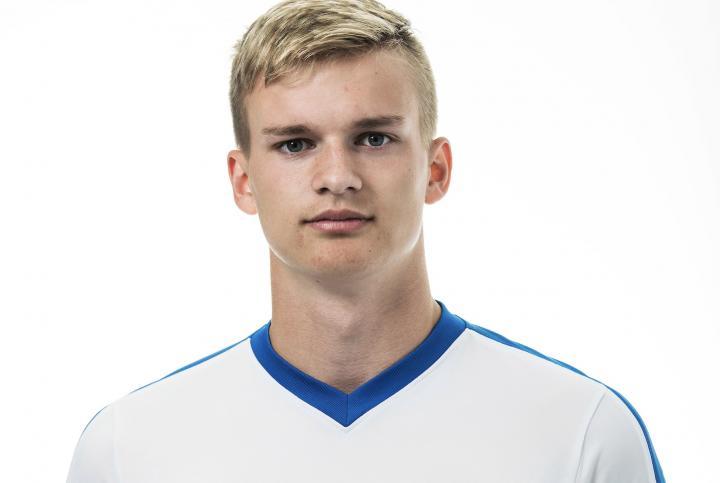 Marcus Forss is a prolific striker for both club and international junior football, and is close to a call-up to the Brentford first team squad. He did well at West Bromwich Albion before moving to West London, just after scoring three goals in the U18s Baltic Cup last summer. Leads the forward line well, but is also dangerous from free kicks.

France
Basically, the French have a team full of young stars, or at least established players with first team experience. The goalkeeper Alban Lafont has already nearly 100 senior games for Toulouse in Ligue 1, having made his debut age 16. Malang Sarr is a central defender, who has played over 60 times for Nice, including some Europa League games. Mickaël Cuisance is a central midfielder with 20 appearances in 2017-18 for Borussia Mönchengladbach in the German Bundesliga. Moussa Diaby is a small but speedy winger who has made appearances in Serie A, in Italy, while on loan at Crotone from PSG. He has scored four goals in 11 appearances in the U19 age group, becoming a regular at youth level. He is left footed but likes to cut inside from the right hand side of the pitch.

England
Unlike the young French players, it is more difficult for young English players to get first team experience, so it is encouraging to see the new generation moving overseas to gain valuable experience. Midfielder Mason Mount has not played for the first team but is contracted to Chelsea. He is currently playing on-loan to Vitesse Arnhem in Netherlands, where he scored 9 goals in 29 games in 2017-18. Jadon Sancho, is a high-scoring forward for the England youth teams. In summer 2017 (aged 17) he transferred from Manchester City to Borussia Dortmund in Germany, for a fee reported to be £8m. Phil Foden is a skilful playmaker, who had an memorable season in 2017-18. He made his debut for Manchester City in the Champions League, played in the Premier League and also in the EFL Cup Final at Wembley.

Italy
Similar to English football, players do not progress to the first team as early in the Italian Serie A. Young Italian centre back Alessandro Bastoni has only played a few times for the Atalanta first team, but he looks like being the next player of the ‘Italian centre-back production line’.

Norway
Erling Håland, son of former Leeds defender Alf-Inge, was the top scorer in qualifying, including a hat trick against Scotland. He is learning his trade at Molde under manager Ole Gunnar Solskjær, where he’s becoming a regular first team player and is likely to cause trouble for the Finnish defence in group A.

Portugal
Gedson Fernandes is a junior champion with Benfica and was named in the team of the tournament for the U17 Euros of 2016, where he scored three goals from midfield in the elite round. He has already been promoted to the U20s, as Portugal’s production line produces another potential Midfield General.

Feature photo with thanks to Jussi Eskola
Players photos: www.palloliitto.fi