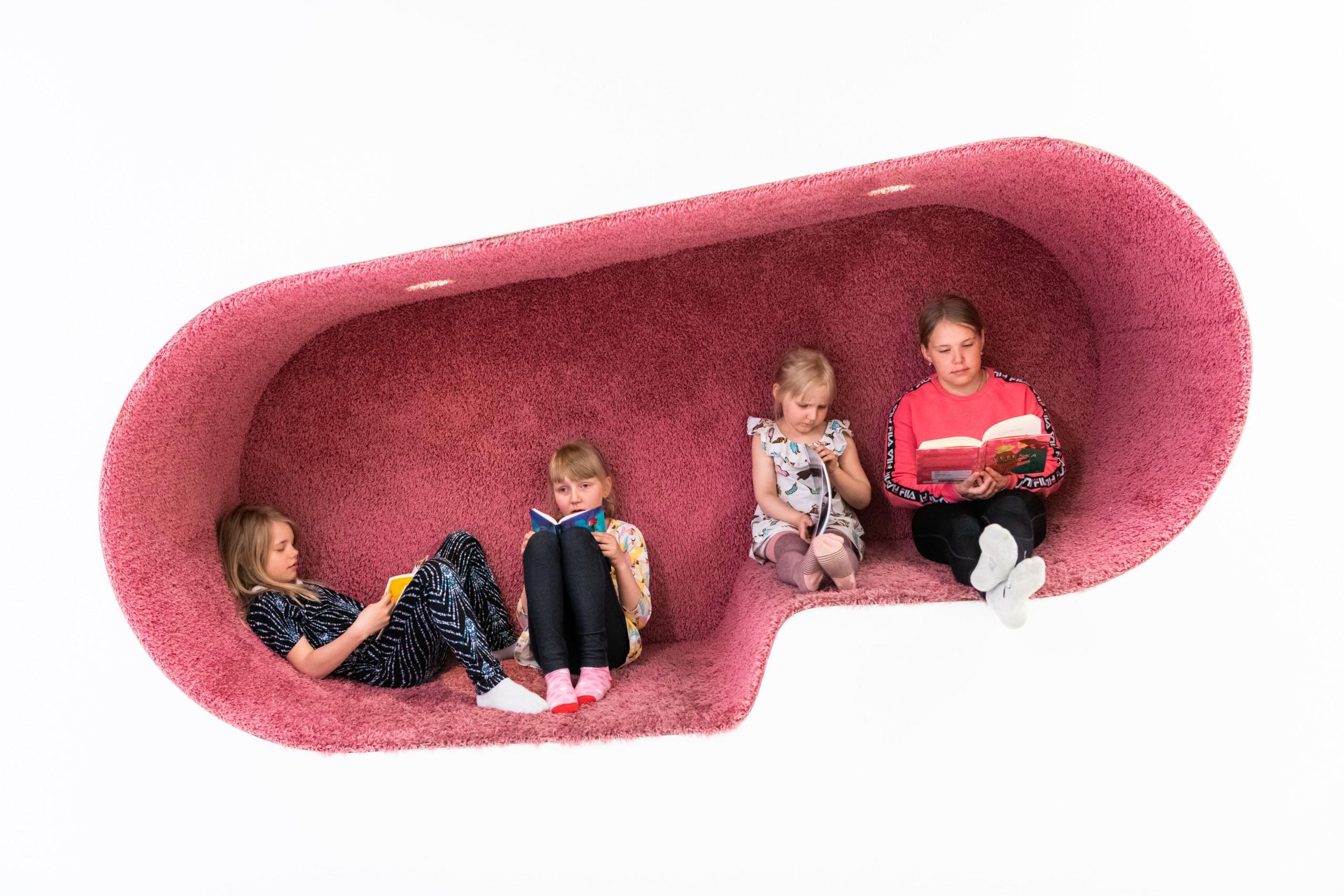 Seinäjoki received a new city library in 2012, when the impressive building designed by JKMM Arkkitehdit and named Apila, was completed. Viewed from above, the shape of the library resembles a clover, and its design has also been influenced by Japanese origami.

The façade is made of copper with a scaly pattern. Until the completion of the new library, the main library was the Aalto Library, designed by Alvar Aalto and completed in 1965, which is part of the Aalto Centre, which consists of the buildings of the administrative and cultural centre designed by Aalto. Today, the old Aalto Library houses a reading room, art, history and ethnography books, as well as a provincial collection, a collection of Finnish children’s books and group material for teaching and instructional use. The Aalto Library and the award-winning Apila Library are connected by an underground corridor.

In addition to the main library, the Seinäjoki City Library includes three local libraries, an institutional library in Törnävä and two mobile libraries. The heart of the library is the reading staircase, where you can organise events but also read and spend time. On the first floor are the library’s subscription newspapers and magazines and internet workstations for customer use, as well as a café. In addition, on the first floor there is a meeting facility Jaaksi Hall and Lasten Piilomaa, where children can get acquainted with book houses arranged according to themes. Next to Piilomaa, there is a book room for grownups. Music material and youth material can be found on the ground floor of the library. In addition, the ground floor hosts a games room, exhibition space and music room, as well as a digital piano. There is also access to the Aalto Library from the ground floor.